He has led sessions on numerous dance camps, and at Hazel Hill Wood, the centre he founded near Salisbury. Alan's approach draws on various spiritual traditions, especially Sufi, Christian and Celtic. He is now deeply involved in climate adaptation work, and has been named as a Deep Adaptation Advocate by Jem Bendell. 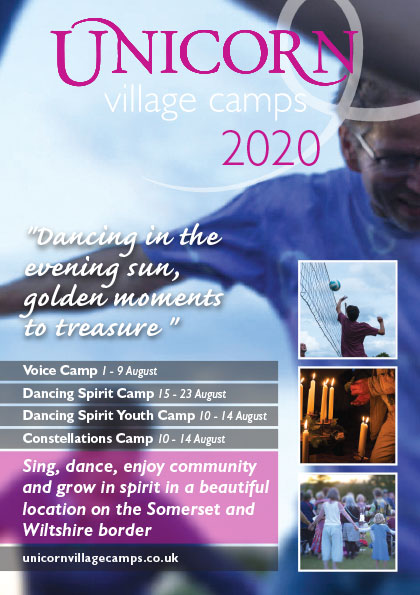 Our camps are alcohol and drug free creating a safe environment.
There is music, song, fireside chat and laughter but no late night noise or amplified music.